Vicente Luque has won 19 of his 21 professional fights via stoppage.

Thirteen of their victories have come in the Ultimate Fighting Championship.

There have been 13 stoppages in the welterweight division since 2015 by Luque.

Luque is the second-most successful welterweight fighter in history, trailing only Matt Brown with 13 knockouts (14).

Luque and Brown are tied for the second-most UFC welterweight knockouts each, with eight victories each (11).

With a record of 10 strikes, Luque ranks third in the UFC welterweight division after Alves (13) and Jake Ellenberger (11).

At UFC on ESPN 1, Luque and Barberena tallied 332 big strikes, the third-most for a three-round contest in UFC history, behind Karol Rosa vs. Lara Procopio (336) and Nate Diaz vs. Donald Cerrone (334) at UFC 141.

Luque has four UFC D'Arce choke submission victories for him in the UFC.

Anaconda chokes have been used to win 19 UFC fights. 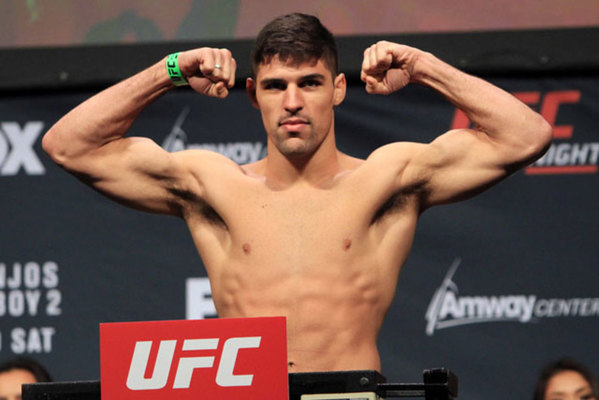 The trilogy of Amanda Nunes vs. Julianna Peña is unnecessary