‘She can easily be broken’ – Boxing.org

LAS VEGAS – Maycee Barber doesn’t think she’ll need the full 15 minutes of her next UFC bout to walk away with a win.

The 23-year-old prospect expects to stop opponent Montana De La Rosa at Saturday’s UFC Fight Night 205 at the UFC Apex in Las Vegas. Barber (9-2 MMA, 4-2 UFC) sees deficiencies in De La Rosa’s game that will allow to be confident that a stoppage win is looming.

“She can easily be broken,” Barber told MMA Junkie at the UFC Fight Night 205 media day on Wednesday. “She doesn’t like to get hit and that’s exactly what we’re going to do. We’re going to hit her and we’re going to break her.”

Barber feels she has an edge over De La Rosa in every part of the game, including the grappling department where De La Rosa shines.

“She’s a fighter in the UFC, so she obviously has a lot of skill. But at the same time, everywhere that she has skill, we’re better,” Barber said. “I’m better than her in the striking, in the grappling, in the wrestling – and I know that’s one of her stronger suits. … If she tries to take us down, stop the takedown and beat her up – or who knows, maybe we’ll let her try to wrestle and we’ll wrestle her back.”

Barber is coming off a split-decision win over Miranda Maverick in July 2021. She was set to return in late 2021, but an injury derailed those plans. The flyweight fighter is happy to be back in form and ready to compete. 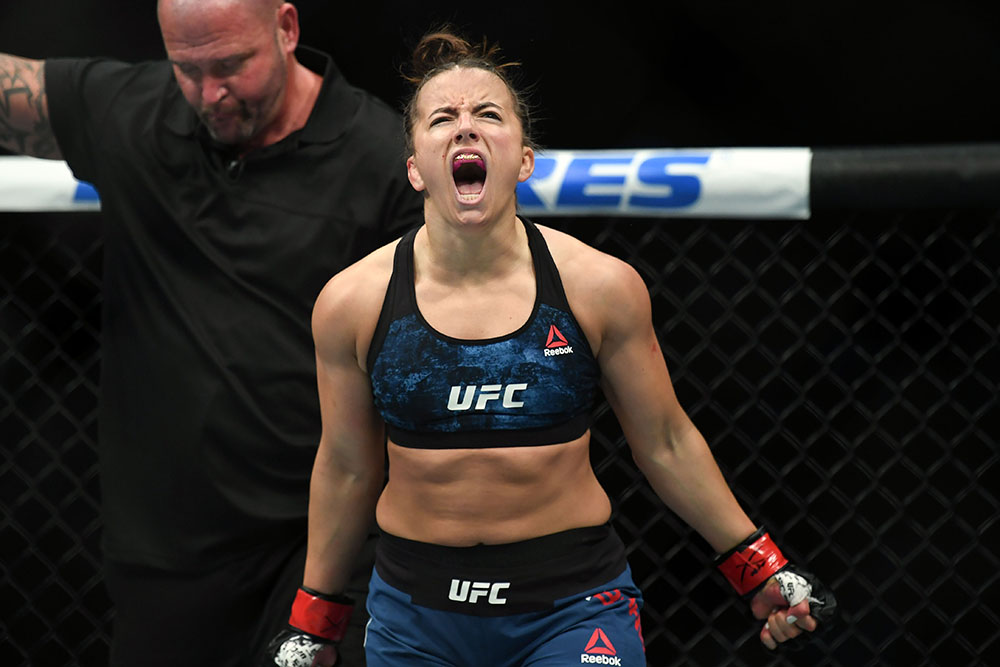