by David Green
in MMA
Reading Time: 1 min read
Tom Aspinall is doing well with the tragic UFC Fight Night 208 main event loss. Just 15 seconds into the heavyweight main event at London's O2, Aspinall (12-3 MMA, 5-1 UFC) went down in pain with a knee injury, ending the fight. He lost by TKO against Curtis Blaydes (17-3 MMA, 12-3 UFC), and it appeared to be a bleak picture for the British competitor. He has not divulged the full nature of his injuries, calling it a "freak accident," but has described it as such. He appeared to be in excellent spirits, and even had a beer with Blaydes at the fighter hotel after the event" (via Instagram). After Aspinall's first defeat since entering the promotion six years ago, it's unclear where his career will go from here. 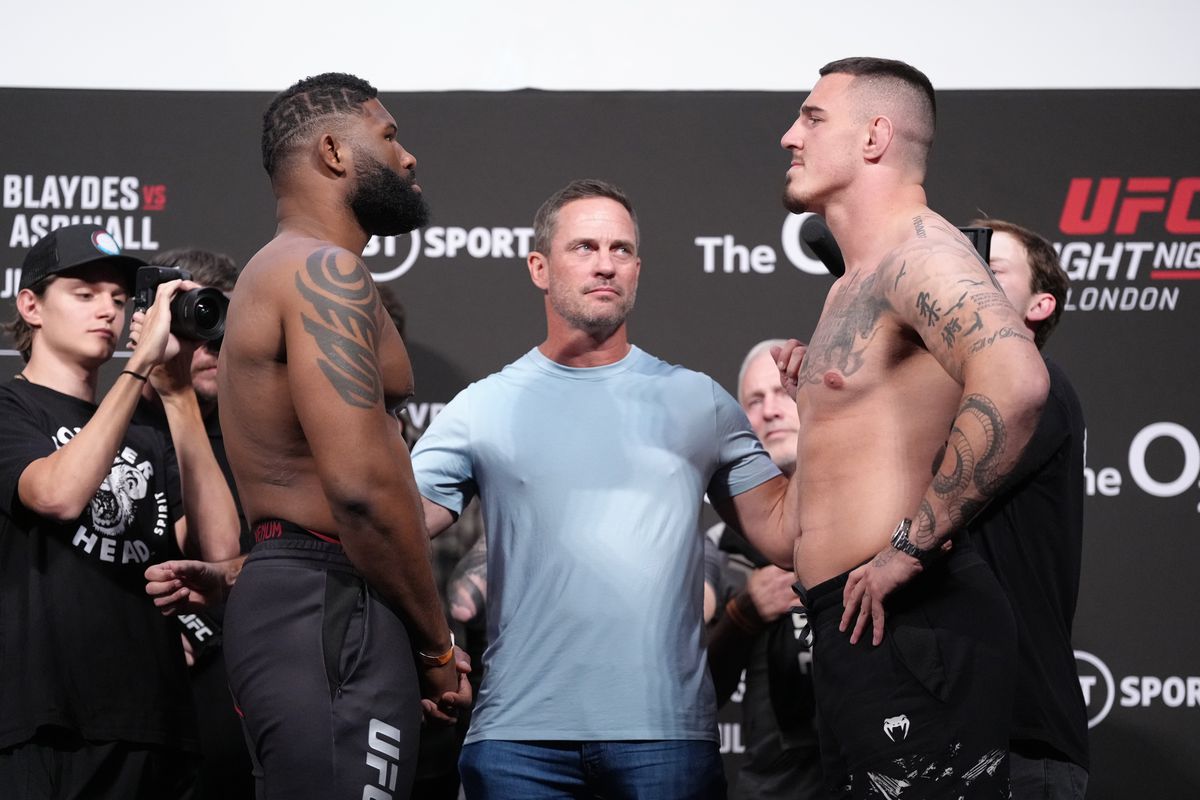