LAS VEGAS – Losing is an unfamiliar feeling to Lance Palmer, and he’s ready to rid himself of it this year.

The two-time featherweight PFL champion had a rough 2021 season, losing two straight to Bubba Jenkins and eventual champion Movlid Khaybulaev. But Palmer (22-5) made sure to use his time off effectively and is ready to remind everyone of the dominant run he was once on.

“It tore me up after losing two fights in a row like that,” Palmer told MMA Junkie Radio. “And with the PFL season, they’re so close together, so you lose two fights within a couple of months’ time and then you have to sit all the way up until when my first fight is this year. It’s a long time. It was eating at me, so I went and did the No-Gi worlds for jiu-jitsu, and I stayed up on my training in Columbus and training at Matt Brown’s gym.”

Palmer chalked those losses up as more of a mental hurdle than physical. He had some personal issues to deal with and will look to turn things around when he kicks the season off against Chris Wade on April 28 at 2022 PFL 2 in Arlington, Texas.

“It was just a really strange and bizarre season for me, and it didn’t go my way,” Palmer said. “There was nothing out of the ordinary. It literally just didn’t go my way. I didn’t feel present in the fights and really didn’t have the focus of wanting to be in there, but I took some time off. I took probably like a month or two off, went on vacation with my wife and my daughter. Kind of let everything else sink in because obviously the family stuff is more important in the grand scheme of things.

“So, spent some time with my dad, and we all mourned the loss of my grandma and stuff like that and just got back into it and wanted to get back to competing, and so that’s what took me to the No-Gi worlds as a brown belt. I won it and was promoted to black and just a lot of good came out of last year outside of that because losing those two fights, I learned a lot. Just about focus and discipline and when my mind isn’t there, anybody can beat me, and that was kind of what it came down to. It wasn’t anything special. Nobody had a special recipe. It was just I beat me, basically.” 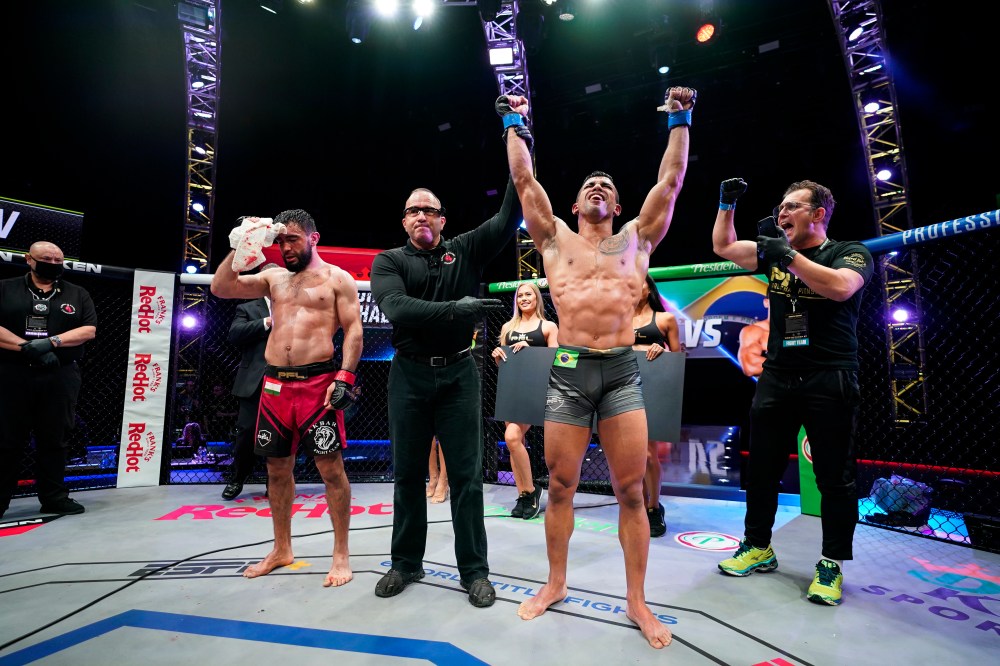 Jorge Masvidal vows to ‘f*ckin’ give everything’ to improve wrestling – Boxing.org