Just 2-0 in his professional MMA career, Richie Lewis has big plans for his near-term future.

Lewis (2-0), a two-time NCAA qualifier and freestyle wrestling champion, may be new to MMA, but he’s confident in his potential career trajectory.

The 27-year-old returns to action Friday when he takes on Kelvin Bowen (1-0-1) at the UFC Fight Pass-streamed Titan FC 76 in Florida. Lewis said he expects to be UFC-bound soon.

“I feel like I’ve been developing a lot as a person, as an athlete and specifically as a fighter. So I have the experience – it’s just about getting cage time. And if I don’t get it, it doesn’t really matter. It’s not going to deter me away from my timeline and my plans.” 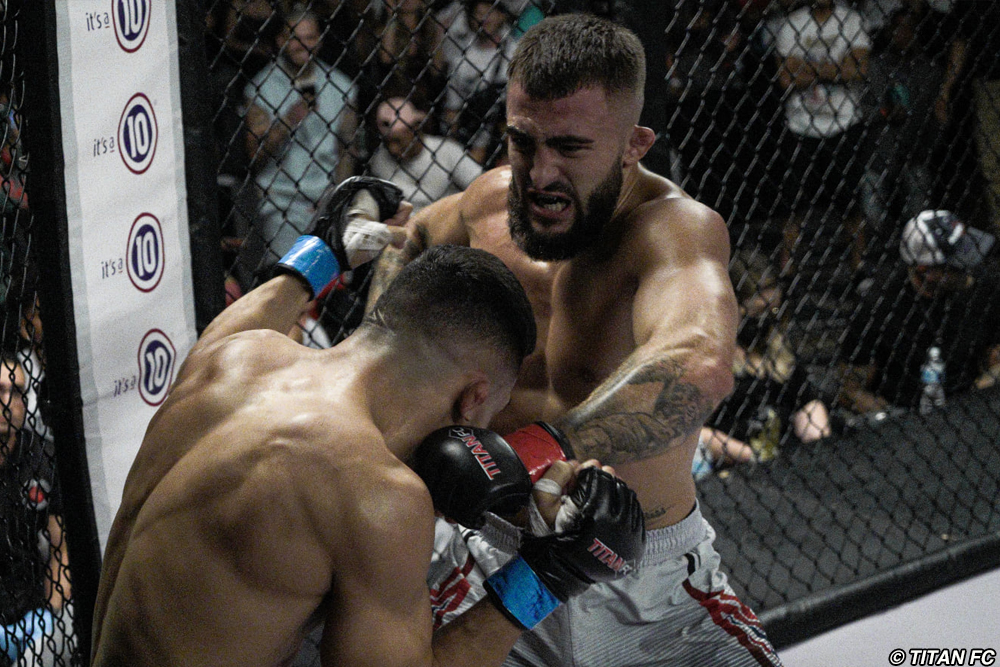 Lewis recently made the move to Sanford MMA, home of the likes of Michael Chandler, Gilbert Burns, Michael Johnson and Logan Storley, which has given him added confidence in his preparation.

“It’s paid dividends. I’ve gotten a lot better there,” Lewis said. “It kind of showed me where I was on the totem pole as far as my skill level and my talent right now, and it was kind of eye opening for me. I could say I’ve gotten 10 times better since I’ve been there in the past four months, five months.”

Lewis can see either a direct signing to the UFC or a call to Dana White’s Contender Series, but all he knows is he’ll be ready whenever that opportunity comes.

“If I can get a direct route, I will. If I can get on Contender Series, that’s cool, too, because I know if you’re on the Contender Series, they try to blow those guys up a little more and they get a little bit more love and attention,” Lewis said. “So if that’s the route I’ve got to take, that’s the route I’m going to take. I’m always in shape and I’m always ready to fight, so I feel like if it’s something that’s short notice, I’ll do that, too. Really, to me, it doesn’t matter – as long as it fits the timeline.

“To be 100 percent honest, not to sound too cocky, but at this regional scene at this point in my career, specifically now, I’m just head and shoulders above all these dudes. So it doesn’t really matter who I fight, or how many fights I have, or where they’re from, or what they’re doing.”