Well, this is awesome: two of the greatest fighters reminiscing about their past battles.

That’s what happened between former UFC champions Demetrious Johnson and Henry Cejudo. The two have history with each other, splitting a pair of flyweight title fights inside the octagon.

Johnson first defeated Cejudo by first-round TKO to defend his flyweight title in April 2016 at UFC 197. A little more than two years later, Cejudo got his revenge with a split decision to dethrone Johnson after a six-year run as champion at UFC 227, which marked Johnson’s final fight in the UFC before being traded to ONE Championship.

On Saturday, Cejudo tweeted that Johnson visited him at his home and shared a photo of the two arm in arm:

And it turns out they had a nice, friendly conversation looking back on their fights with each other. You love to see it (via Twitter):

Yo @espnmma this is what we talked about. Sometimes you get humble Henry. Happy Easter 🐰 pic.twitter.com/joqfmAaoPl

We’ll probably never see a trilogy, but we’ll always have this cool moment.

The Blue Corner is MMA Junkie’s blog space. We don’t take it overly serious, and neither should you. If you come complaining to us that something you read here is not hard-hitting news, expect to have the previous sentence repeated in ALL CAPS. 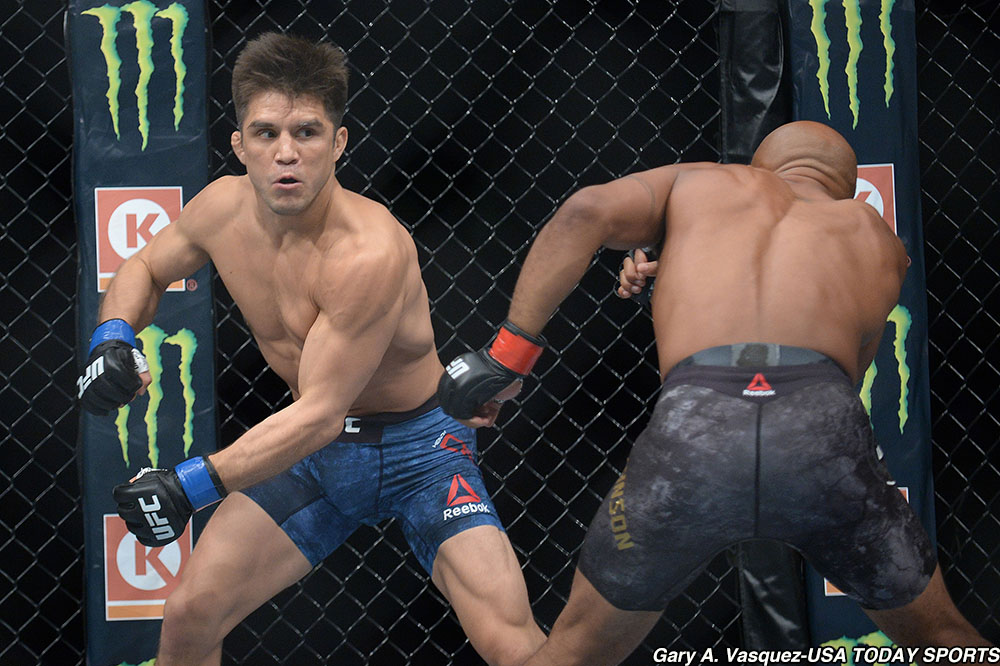