Fight Week: Tyson Fury, Dillian Whyte to do battle in front of 94,000 at Wembley – Boxing.org

Tyson Fury will defend his heavyweight title against British rival Dillian Whyte before an expected 90,000-plus at Wembley Stadium and on pay-per-view.

Tyson Fury's message to absent Dillian Whyte: 'I will smash his face right in'

Dillian Whyte turns tables on Alexander Povetkin in Round 4 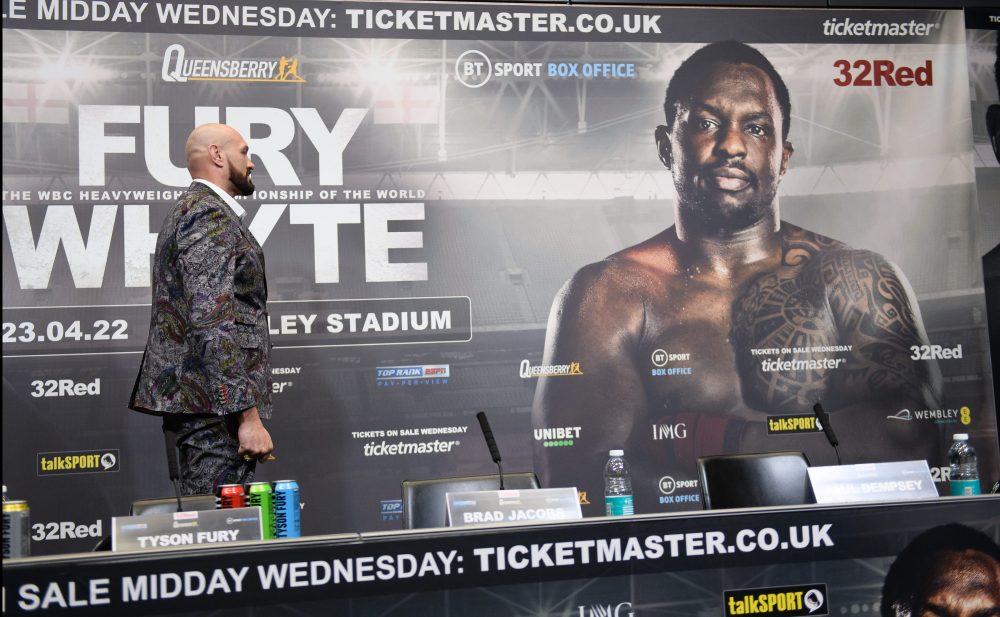 Make your predictions for Andrade vs. Lemos – Boxing.org

Andy Ruiz Jr. is only worried about power

Make your predictions for Andrade vs. Lemos - Boxing.org