A former strawweight queen will have her eyes peeled for UFC 274’s women’s title fight.

Two of Joanna Jedrzejczyk’s former opponents will square off in Saturday’s co-main event at Footprint Center in Phoenix when champion Rose Namajunas (11-4 MMA, 9-3 UFC) will look to avenge a loss to ex-champ Carla Esparza (18-6 MMA, 9-4 UFC).

Esparza won the inaugural 115-pound title when she submitted Namajunas in the “TUF 20 Finale” in 2014. However, she was quickly dethroned by Jedrzejczyk, who went onto defend her title a record five times until she ran into Namajunas, who defeated her two straight times. Having been in there with both women, Jedrzejczyk likes Namajunas in the fight.

“I feel like Rose is so dominant: first-round finish for Rose Namajunas,” Jedrzejczyk told Fanatics View. “First or second round. I feel like, and I am hearing so many people, they really believe that Carla can win. Of course, I believe in Carla, for it’s always 50-50 for me going into a fight, especially a championship fight.

“You don’t get this spot for no reason. So, Carla has a few win streaks and she deserves that and I am happy for her. (I’m) very happy that these two are going to meet after so many years because I faced Carla after she won over Rose Namajunas in ‘The Ultimate Fighter’ in 2014.”

Jedrzejczyk (16-4 MMA, 10-4 UFC) is set for a rematch of her own when she runs things back with Zhang Weili on June 11 at UFC 275 in Singapore. Their first title fight at UFC 248 was considered one of the greatest fights in octagon history. After five rounds of war, Weili got the nod over Jedrzejczyk by split decision. 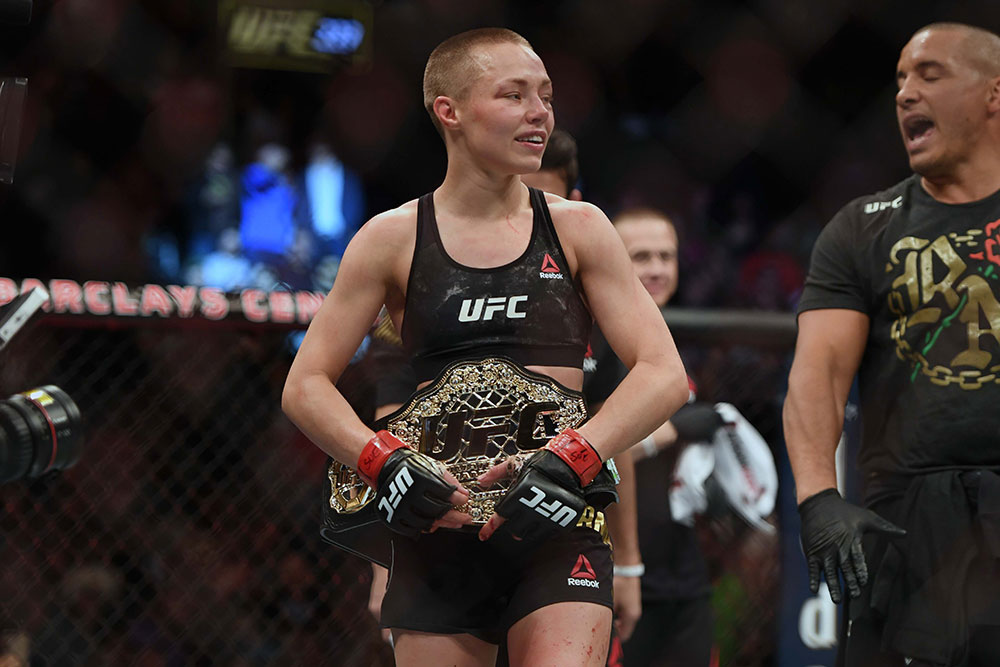 Photos: Carla Esparza through the years 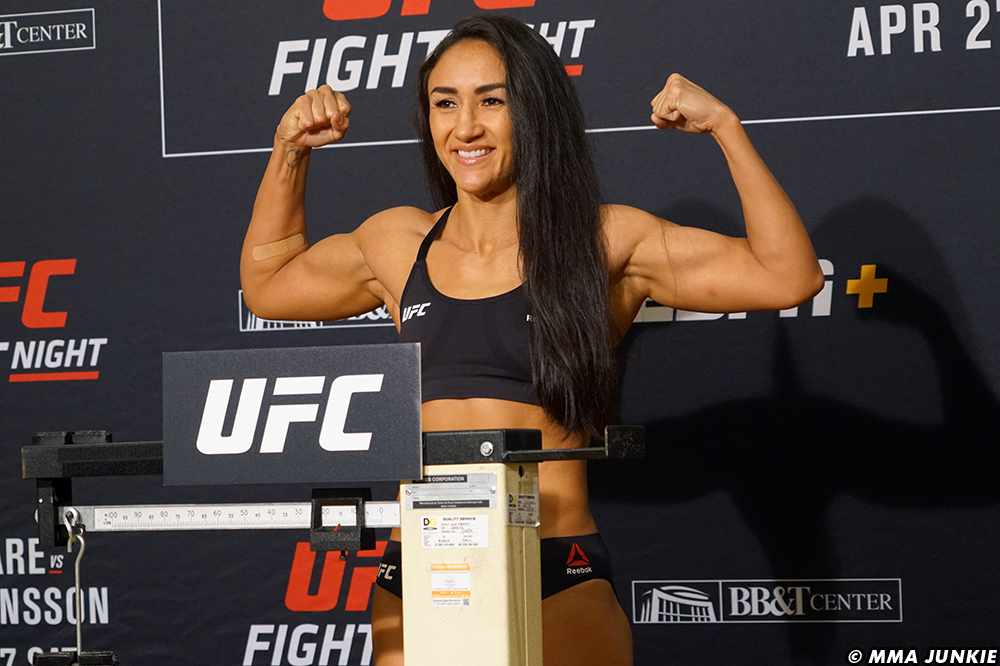 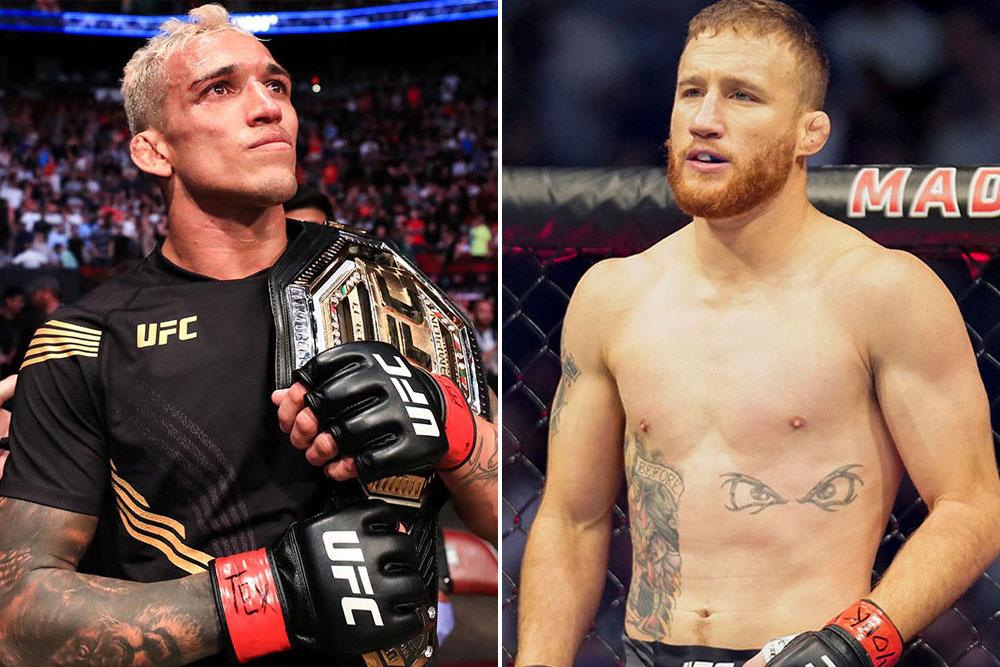