LAS VEGAS – Clay Guida is about to fight out his UFC contract, but has no intentions of slowing down.

The 40-year-old, who’s coming off a Performance of the Night submission of Leonardo Santos in December, is planning to put on a showcase that proven why he still has a future with the UFC.

“There’s no pressure on me, but I want to prove to Dana White, to Sean Shelby, to the rest of the UFC world, the fans, that I’m here to stay, that I’m getting better at 40, and like coach Danny and I always say, the best is yet to come,” Guida told MMA Junkie at the UFC Fight Night 205 media day on Wednesday. “We’re gonna get another contract in here, we’re gonna go out there and look for a finish like we always do.”

Heading into his 60th professional MMA fight, Guida is leaning on his experience and wrestling against Puelles.

“High pace, go out there wrestle, show what 30-plus years of wrestling is all about,” Guida said. “I love to compete, it’s the wrestling in me, that’s the athlete in me, and I just love to challenge myself. Coaches know every time we get a new opponent, I’m probably either gonna be the underdog or they probably have higher skillset than me, but the coaches, we find a way to win. They set the game plan and I get to execute it, so it’s more of a challenge to myself and being thankful that I get to go out there and put on a show and compete.”

Check out the full media day interview with Guida in the video above.

Iron men: The 12 longest-tenured UFC fighters on the current roster 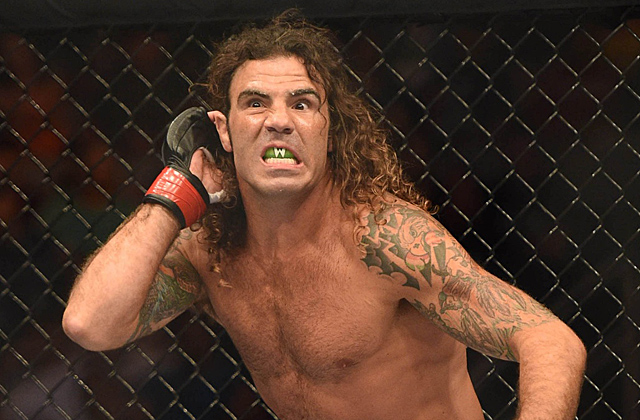