Carla Esparza is facing a familiar foe in her next UFC bout, but it doesn’t feel that way to her.

Esparza, the former UFC strawweight champion, looks to regain the title she lost years ago against the opponent she beat to win the belt, Rose Namajunas, next month at UFC 274. The two fought for the inaugural UFC strawweight title back in 2014, with Esparza submitting Namajunas by rear-naked choke to win both the “The Ultimate Fighter 20” season and the UFC belt.

This is the first time Esparza has a rematch in her professional MMA career – but with years gone by, it feels like a fresh matchup.

“In my whole career, I’ve never had a rematch. This is the first one,” Esparza told MMA Junkie Radio. “I’m really interested to see how it goes, and I’m just as motivated. It almost feels like I’m fighting a different person. I am fighting a different person in Rose because it’s been so many years. I’ve evolved so much, she’s evolved so much, so in a way it doesn’t feel like a rematch.”

Esparza (18-6 MMA, 9-4 UFC) takes on Namajunas (11-4 MMA, 9-3 UFC) in the co-main event of UFC 274 on May 7 in Phoenix. The 34-year-old Esparza enters on an impressive five-fight winning streak. And although she’s got momentum and a win over the champion, Esparza is staying grounded as she knows Namajunas is a dangerous opponent, especially in rematches.

“We’ve come so far, and she’s kind of gone through everyone and really improve so much and beat so many people that I think she is the champion, and she deserves to be the champion and where she’s at,” Esparza said. “So I’m definitely looking at her like she’s the one to beat, she’s No. 1, she’s the champ.

“But like you said, I do have the win over her, so it’s kind of hard to say what her motivation will be. I know that she’s always had that extra motivation for anyone that she’s lost to in the past, and she’s really come back strong and beaten everyone so far.” 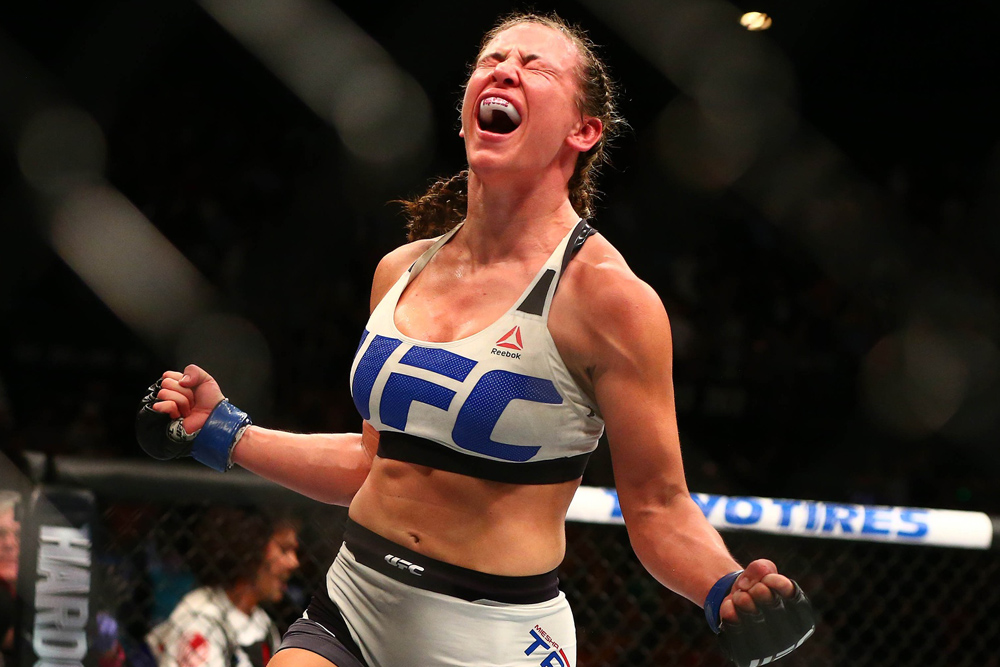