by David Green
in MMA
Reading Time: 1 min read
DALLAS – Brandon Moreno is ready for a new chapter in his life.

He's eager to put his feud with Deiveson Figueiredo behind him now that he's won the interim UFC flyweight belt.

It's time for a rematch with Figueiredo after the win.

For the record, they're both 1-1-1 in their championship fights and have exchanged the 125-pound belt.

Because Figueiredo was injured and unable to fight in their fourth meeting this summer, the interim championship was created.

He's eager to settle the score as quickly as possible. 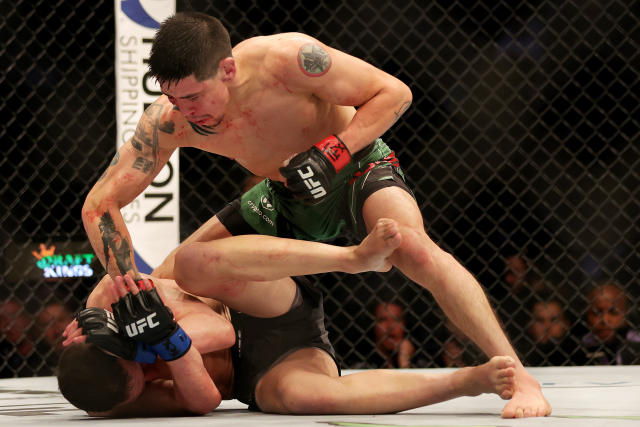 The pressure begins to build in Jake Paul’s fight

The pressure begins to build in Jake Paul's fight