'A hell of a barnstorm' awaits as Tyson Fury, Dillian Whyte raring to clash on home soil – Boxing.org

(This story originally published at Boxing Junkie, part of the USA TODAY Network.)

The final news conference before Tyson Fury defends his heavyweight title against Dillian Whyte on Saturday before 90,000-plus at Wembley Stadium in London featured no bluster, only mutual respect and promises of a memorable clash.

Fury (31-0-1, 22 KOs) will be making the second defense of the title he won by stopping Deontay Wilder in seven rounds in February 2020. He knocked out Wilder again in their third meeting last October.

“The Gypsy King” will be fighting in his native country for the first time since he outpointed Francesco Pianeta in August 2018.

“The fans are in for a real treat. I know Dillian. I know him personally, and he knows me. And we’re going to rock n’ roll on fight night. We’re ready to throw down and treat us all to a hell of a barnstorm.”

Whyte (28-2, 19 KOs) is the mandatory challenger to Fury’s title after he stopped Alexander Povetkin in four rounds in March of last year, avenging a shocking KO loss to the Russian seven months earlier.

He’ll be fighting for a world title for a second time. Then-champion Anthony Joshua stopped him in seven rounds in 2015.

“Dillian Whyte is a good fighter,” Fury said. “He is a good, strong, solid man. He’s big. He’s strong. He’s tough. He’s game. He’s got good power. He’s knocked out a lot of men. He’s had a good learning career as well. He’s got a lot of experience in the fight game. He’s definitely a man that needs a lot of respect.

“And that’s why I’ve given all this training camp we’ve had. I’ve had everything I can possibly do to train for this. I’ve haven’t left any stones unturned. I’ve trained as hard for Dillian as I have for Wilder or [Wladimir] Klitschko.” 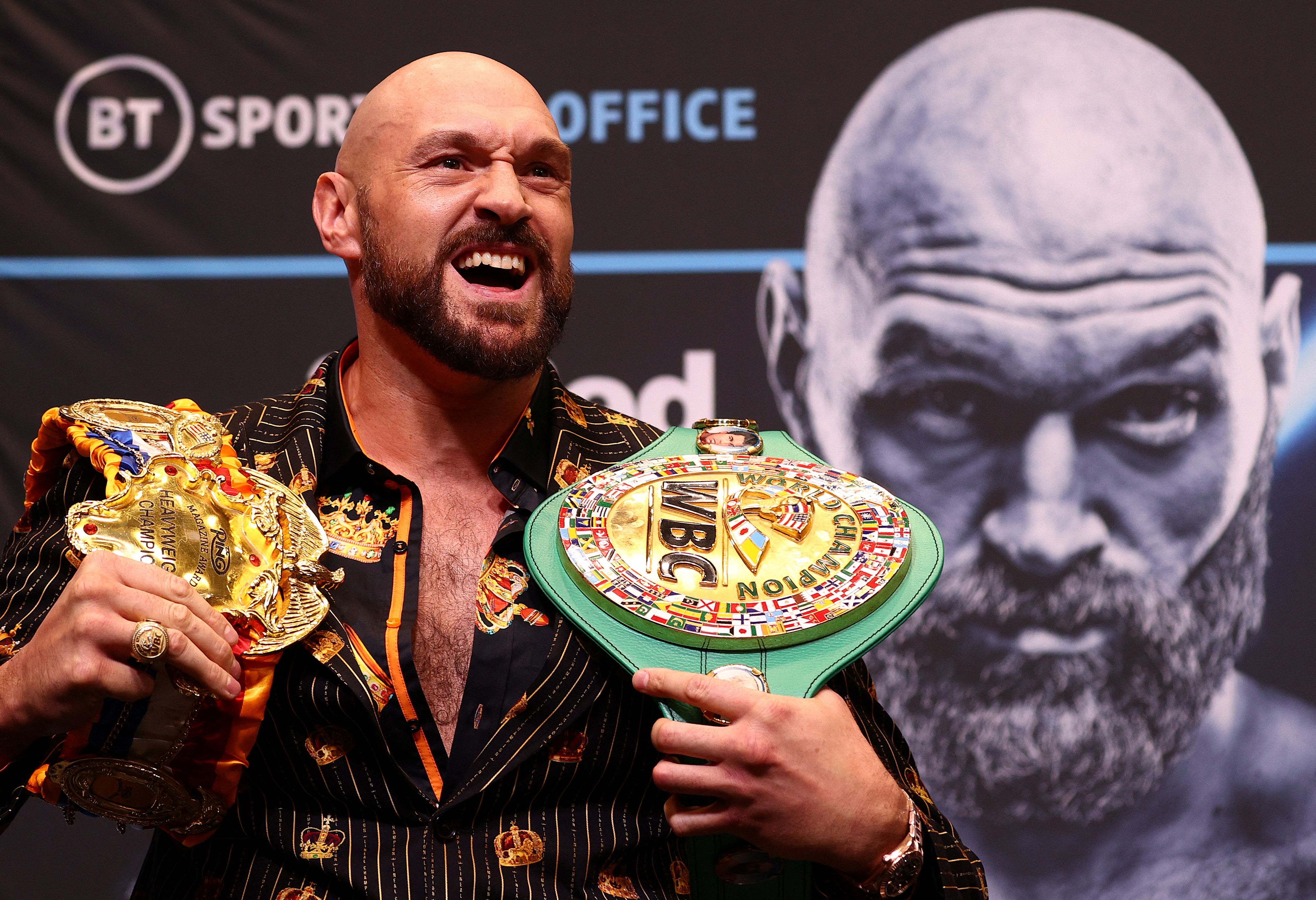 Joe Rogan down for Francis Ngannou to box Tyson Fury: 'I want to see him get a giant chunk of money'

Whyte relishes his second title shot, particularly because it will take place in his hometown.

“It means everything to me to be fighting in my home country, and especially because it’s for the world title at Wembley,” said Whyte, who had missed earlier promotional events. “It’s not too far from where I’m from. It means everything. It’s massive. It’s a moment I’ve been waiting for. It’s a big fight. Like Tyson said, we didn’t expect to be here. But I’m here, but I’ve taken risks time and time again.

He went on: “This is one of those fights where I’ve been working on being adaptable. I’m going to have to adapt, make smart decisions, when I need to do what and how I need to do it, and how I need to approach what I’m doing. So that’s it. There’s no strategy here. That’s it. I just need to go in there and do my thing.”